So, what are they ? They sound harmless enough when you hear them being discussed by Minister Lenihan and the  assorted ‘banking analist’s’  but unfortunately nothing could be further from the truth. The ‘Associated Loans’ are the amount of money that was lent to developers which was secured against, wait for it….,  the anticipated increase in the value of the underlying asset ! The formula used to calculate the anticipated increase in value is the same one that you would use to calculate the length of a piece of string….

For example, a developer initially seeks to borrow say €40 million to purchase a parcel of land or building. They agree with the bank that over the term of the loan the value of the asset purchased will increase by say, €30 million.  So the bank, being keen to make even higher profits and bonuses for the staff,  lend them a further €25M (just to be on the ‘safe’ side), using the projected increase in value of the original property as the collateral. How utterly mad is that ?

The problem arises when the value of the property goes down in value  instead of rising as originally anticipated. Now you have a situation whereby the initial loan is ‘toxic’ and consequently the so called associated loan (the loan on the loan!) is also ‘toxic’ as a result. So what was valued at €40M originally, now has €65 million borrowed against the original asset, which has dropped in value by say 50%  or  €20 million. And now they obviously have to write off the ‘anticipated increase’ as well.

If you decided to get a 10 year mortgage on a house that cost €1 million the bank would probably insist that you put up at least 25% i.e. €250,000 deposit, before they would lend you the remaining €750,000. The primary reason for this is that should the value of the property goes down, it would have to drop substantially before the bank  actually may lose some money. Funnily enough, this type of prudence did not apply when banks were lending to developers. If you were a developer you would probably have probably walked out of the bank with  a €3 million mortgage and no deposit down i.e. €1 million to purchase the property and a further €2 million in “associated loans” based on the potential increase in the value of the house over the next 10 years.

Basically for you and me the banks insist that we provide 25% of the purchase price whereas a developer might borrow up to 150% with no deposit! Considering the amount of very greedy people in the world is it any wonder that they took as much money as they could from the banks? At the height of the boom even a complete Muppet could make substantial cash as long as they could borrow. 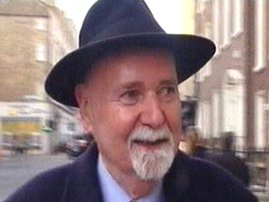 Of course, whether you could borrow in the first place was primarily dependent upon whether or not you knew the right people. Mick Wallis, the guy who built the Italian quarter in Dublin, said recently during  a television interview,  “I was having difficulty raising the cash required for a substantial development and I was advised (by one of the party men) that if I wanted to play with the big boys, I needed to cut my hair, buy a suit, and join Fianna Fail”. Being the decent bloke that I know him to be, he didn’t. Maybe if he did then he could have gone  for coffee with Michael Fingleton, the former head of Irish Nationwide, and got all the money he needed. Lot’s of others did.

Incidentally, it may surprise you that Ernst & Young received €9.1m in fees from the Anglo Irish audit over the past 10 years. But a far bigger surprise is that the accountants from the company, which gave Anglo Irish Bank the all-clear, are now getting paid up to €3,000-a-day to examine the books of Irish Nationwide!  They can be as incompetent as a 10 year old and still have no trouble getting work ? It would make you start to question how many of the top brass in Ernst & Young have met with senior members of the Fianna Fail party or have provided financial support during elections?  The “old school tie” culture is very much alive and well in Ireland and they are not all in E&Y.

Going back to our original example in the first paragraph the final result of this ‘Alice in Wonderland’  banking  where the developer initially sought to borrow €40 million, is that the bank  is sitting on a net  ‘development land’ bad debt (NAMA Speak) of €20 million  PLUS a further €25 million in the ‘Associated’ loans. That brings the total loss to €45 Million (the €65 million loan minus the present value of €20 million). So through the wonderful workings of NAMA you and I will pick up the debt and no one ever asks the one pertinent question i.e. who is holding the €65 million that was paid for the asset in the first place  and where the fuck is it ???


If you refrigerate powdered mustard after mixing with water the ‘heat’ of the mustard will increase by 30% ! The reason for this is that there is an enzyme in the mustard which is activated once it reaches 5 degrees C. Makes a huge difference to a bit of Rib Eye 🙂

TD’s had better think before voting.

What is Really Going on in Europe?

Public Service workers must be let go – A proposal.

2 Comments on The Elephant in the NAMA Room