The LARGEST THEFT EVER 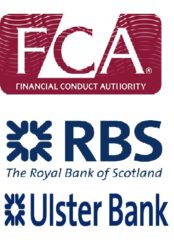 After 5:30PM GMT on Monday 12th February 2018 we the undersigned; with the assistance of our co-campaigner Eamonn Blaney, released the FULL  UNREDACTED FCA (UK Regulator – Financial Conduct Authority) version of the Skilled Persons – Promontory – S166 Report into RBS & Ulster Bank GRG Mistreatment & Criminality against Businesses (– in asset stripping in their “dash for cash” thereby destroying viable businesses across UK & Eire) – Please see the electronic copy uploaded as a PDF file on this website in the jurisdiction of the Republic of Ireland.

Andrew Bailey, CEO of the FCA admitted to the UK Government’s Treasury Select Committee on Wednesday 7th February 2018 that RBS GRG misconduct had had an “Economic Impact”.

Thereby today we release this document as a matter of Public Interest indeed in the National Interests of the states of Great Britain and the Republic of Ireland. However we do so to support the tens of thousands of business people who lost their businesses and to the hundreds of thousands of employees / Trade Union members who have lost their jobs and with deepest respect & sympathy for the partners & children of the dozens & dozens of Victims of the “Largest Theft Ever” who committed suicide as they could no longer bear the stressful pressures of RBS / Ulster Bank GRG bank management & employees bullying, surveillance, legal actions and intimidation of them and their families.

This document shows that RBS / Ulster Bank GRG operations were targeted, systemic, institutionalised and on an industrial scale – indeed they were part of a “deliberate, intentional, co-ordinated strategy directed by RBS / Ulster Bank GRG senior management teams (past & present) and known about by successive RBS Boards.

Therefore as regards the Misconduct of RBS / Ulster Bank GRG we call for:

In 2018 No bankers can be allowed to be above the law.

We now urgently call upon the UK Government as 73% majority owner (with taxpayer funding) of RBS through UKFI to act as responsible shareholders and seek the immediate suspension  / removal of Sir Howard Davies as Chairman and Ross McEwan as CEO of the RBS Group pending completion of all inquiries & investigations.

We will be launching a multi – Billion Pounds (£) Group Litigation through the RBS GRG Business Action Group and we would encourage ALL potential Claimants to Register on the website now:

Many More Exposures, Announcements & Actions to follow. Please be assured that there is a “Master Plan”.

Finally we would like to thank our families, victims, supporters, investors, legal & all other advisers, cross party politicians & journalists all of whose support we appreciate and need now more than ever…however we have come to realise that it seems that it is only the two of use who are prepared to take direct action and therefore we take more action today and we will not stop until we get Justice for All RBS GRG Victims and bring about fundamental changes in Banking culture, governance and conduct.